The wines from Casa Panciu-House of Panciu stirred the imagination of the diplomatic taster committee, encompassing diplomats from Asia, Africa and Europe-the main trading area for Romanian wines).

The best wine was considered to be the Cabernet Sauvignon and Black Girly (Feteasca Neagra) and as the best sparkling wine was voted the Muscat Ottonel brand.

The Romanian wine is widely considered among the main constituents of Romanian image abroad.

Taking in consideration his quality and world fame, the Romanian wine is part of the fore-front of country economic boom as part of the international recognition, country brand and a main export product.

In order to stimulate the Romanian wine promotion and to foster new international recognition`s for Romanian wine producers, the Institute of International Relations and Economic Cooperation of Romania is hosting an annual competition among the top wine brands in the country, choosing in the final selection the Romanian top quality wine: The Diplomatic Wine.

On 18 December 2013 the diplomat’s commission announced his final decision: for 2014 this distinguish honour, as Romania’s top wine was entrusted to House of Panciu ( Casa Panciu).

The House of Panciu has presented to the contest a large area of wines among them the famous: Sauvignon Blanc, White Girly (Feteasca Alba), Black Girly (Feteasca Neagra),Muscat Ottonel, Back Lady (Babeasca Neagra) or wines from Sagio line, maturated for at least 12 months in barrel’s of different origins (French, Romanian, American) that are offering to the wine specials aroma’s as: chocolate, coffee, vanilla etc. 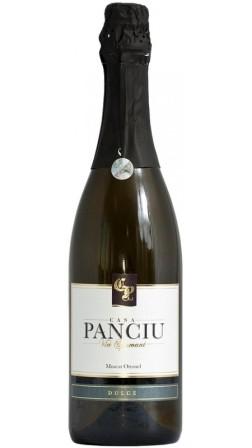 The wines from House of Panciu stirred the imagination of the diplomatic taster committee, encompassing diplomats from Asia, Africa and Europe-the main trading area for Romanian wines).

The best wine was considered to be the Cabernet Sauvignon and Black Girly (Feteasca Neagra) and as the best sparkling wine was voted the Muscat Ottonel brand.

The House of Panciu managed to conquer the assistance not solely by the variety of the wine products presented but also by the special characteristics of the sparkling wines offered for tasting.

Keeping in mind the aroma, strengths, color, profundity and taste particularities of the analysed wines the House of Panciu had managed to prove eloquently that the Romanian Wine and specially the Vrancea region has not said his last word for the connoisseurs and still has a role to play on the wine market. 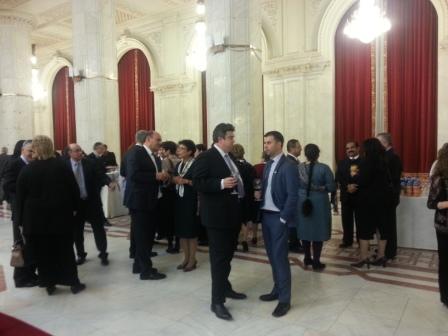 The Diplomats Wine, title awarded to the best Romanian wine, is bringing not only international and internal recognition to the producers but will be also offered as an intricate part of country brand and image and as a protocol element in all international and diplomatic activities.

Tifesti-Vrancea-Panciu: the house of BEST ROMANIANS WINE FOR 2014

This is a formidable achievement, based on the efforts of the team of wine makers specialists form House of Panciu, a team that succeeded in reaffirming the potential of Vrancea wine makers in Romanian and abroad.

The House of Panciu is currently producing more than 20 brands of sparkling and still wine at high quality standards, benefiting by the special natural environment of Tifesti area, an area with steady and constant solar exposure, with good quality soil, without using pesticide or artificial fertilizers.

The House of Panciu is the heart and soul of the wines produced from a 120 hectares vineyard in Tifesti county, Panciu vineyards and cultivated with French types of grapes as: Sauvignon Blanc, Muscat Ottonel and Cabernet Sauvignon, but also the most famous and loved Romanian type of grapes such as: White Girly, Royal, Sarba, Black girly and Black Lady. Starting from 2009, this hard labor in the vineyard is having his fruits in the market presence of the House of Panciu products, special wines with low quantities of preservatives.

The wines obtained at the foothills of Vrancea are having a playful and active character resulted from the fermented history of the land of Vrancea.

Supplementary the House of Panciu is enjoying the long standing international recognition of the products of Panciu area, a wine region of solid and well established brand in the world and on all wine markets across the continents.