TRINIDAD AND TOBAGO : A SUCCESS STORY IN TOURISM

On 9th of October 2011 in a public séance of the European Union Council on Tourism and Trade, gathering representatives of tourism organizations from EU members country it was debated the list of candidates for WORLD BEST TOURIST DESTINATION for 2012. 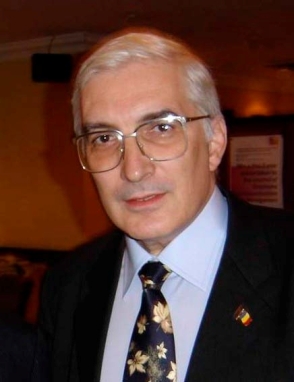 Professor Dr. Mircea Constantinescu, Director of European Tourism Academy had presented a report on the last year situation of the Award for WORLD BEST TOURIST DESTINATION that was dedicated to United Arab Emirates and it was used accordingly with rules and regulations and have being proving highly efficient in attracting new tourists and investor attentions as United Arab Emirates was the ONLY country in the region that registered an increase in number of visitors despite tensions in the region.

Among the reasons for awarding WORLD BEST TOURIST DESTINATION FOR 2012 to TRINIDAD AND TOBAGO the report outlined:

Keeping alive spiritual traditions , integrating tourist and visitors in the atmosphere of the islands , offering possibility of an enriching cultural experience are achievements that transform Trinidad and Tobago in a spiritual destination of first hand.

- Promoting Trinidad and Tobago environmental protection, especially East Coast natural patrimony of wetlands, beaches and ecological and geographical biodiversity that make Trinidad and Tobago unique in the region. Supporting a new concept of tourism friendly to nature, with low nature impact and preservation of natural biodiversity and protection of endangered species and areas, especially rainforest eco-climate.

- Offering to tourists not only cultural experience or relaxation opportunities but also the possibility to explore nature , to contribute to ecological preservation and the opportunity to observed in Tobago the impressive Forest Reserve are model achievements in ecological tourism that must be world appreciated. 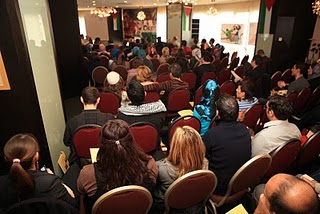 It was also presented the Official Invitation, on behalf of Ministry of Tourism of TRINIDAD AND TOBAGO for a delegation of European high ranking official of European Union Council on Tourism and Trade, to present the WORLD BEST TOURIST DESTINATION AWARD in Port of Spain, in person, to His Excellency Minister of Tourism DR. RUPERT GRIFFITH.